Simon Cowham (L) and Corey Ryan (R). Photo: Sons of Eden
Good things come in twos, so they say. Simon Cowham and Corey Ryan, a.k.a Sons of Eden, are somewhat dark horses in the Barossa, and their neighbours have been noticing over time the sheds full of barrels at the winery in Angaston - they keep multiplying!

James Halliday writes that they've "firmly cemented their reputation" with a strong record of wine show results. Most recently, they have been awarded Best Exhibitor at the Barossa Wine Show in 2017 (the third time they've achieved the award), as well as Best Exhibitor at the Winewise Small Vigneron Awards 2017 (with a Trophy, Top Gold and Gold Medal in the Shiraz category). Chairman of Judges Lester Jesberg said. "We applaud Sons of Eden for their dominant showing. All three of their gold medal wines reflected not only their origins, but highly skilled, creative winemaking."

The Viticulturalist and Winemaker pair have developed their series of wines around representing the diversity of the adjoining Barossa & Eden Valleys. The Romulus & Remus Shiraz wines are the premium flagships that exemplify this comparison of styles - as the legend had it, Romulus is the stronger and more powerful of the brothers, while Remus was more refined, focussed and elegant. 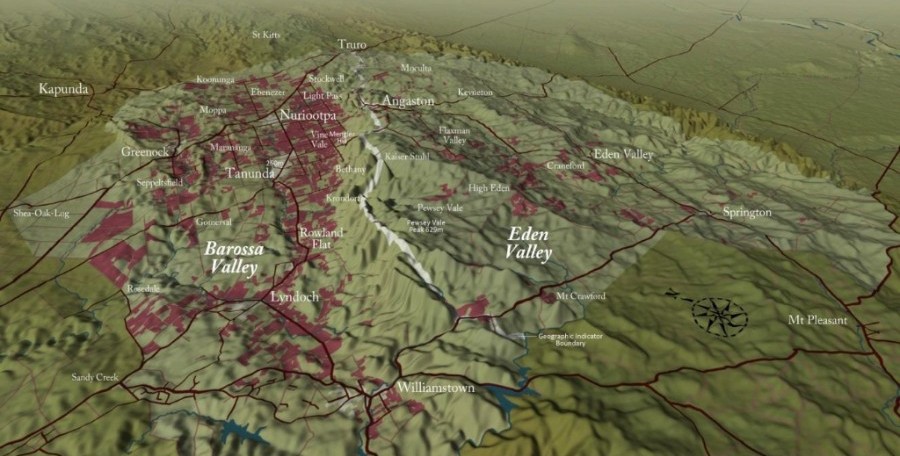 The 2016 vintages are being released this month, an excellent vintage that Simon describes "of great typicity from both the Barossa Valley and Eden Valley and one that history will rate highly."

"A warm and dry Spring was preceded by below average rainfall in Winter. The dry conditions in the lead up to veraison contributed to small berries ensuring concentrated tannins and deeply coloured Shiraz. Perfectly timed rain events at critical times in late January and early March provided cooler relief and soil moisture that gave the old vines another boost in achieving full flavour, sugar and tannin ripeness within the Barossa Valley.

Within Eden Valley mild temperatures followed and with sufficient soil moisture the Shiraz ripened across an extended period. As a result the typically refined characters and ripe silky tannins of Eden Valley Shiraz were further enhanced." ﻿Simon Cowham

Contact your Fesq & Co Representative to secure your stock of the new releases. Deep garnet in colour with an alluring complex aroma of dark-cherry, plums and roasted vanilla bean. The palate is powerful and well structured, fleshy, with chewy textured tannins finishing with polish and focus. The 2016 was an exceptional Barossa vintage indicating this wine will mature well for many years.

Hand harvested, destemmed and crushed into small 1.5 tonne open topped fermenters. The fruit was chilled for 6 days before being allowed to naturally warm up to start fermentation. To optimise the vineyard expression a range of hand plunging cap management techniques were used across the different vineyard parcels. Post-pressing, the wines were transferred to a combination of new and seasoned French and American oak hogsheads. Matured for 20 months in oak without racking, the wines were then carefully blended, naturally clarified and bottled without filtration.

Deep garnet in colour with a complex red-cherry and blackcurrant aroma, underpinned by elements of dried spice and bay-leaf. A concentrated, fleshy and well structured palate, indicative of the moderate yielding 2016 vintage. This wine will cellar well for many years to come.

Hand harvested, destemmed and crushed into small 1.5 tonne open topped fermenters. Selected fermenters also had a component of whole bunch clusters added to the destemmed berries. A pre-fermentation cold soak ensured a slow initiation to fermentation. Ferment temperatures were allowed to peak at 27oC before being cooled to 20oC for the remainder of the fermentation. Hand plunged daily allowed for a gentle extraction and helped to prolong the fermentation. After an extended period on skins the ferments were pressed to 50% new French oak hogsheads. Matured and not racked through the 22-month oak-maturation period provided for extended mouth-feel and texture. Prior to bottling, the wine was naturally clarified and bottled without filtration.